Lempäälä is a municipality in Finland, located in the province of Pirkanmaa and is part of the Tampere urban area. The centre of Tampere is 24kms from Lempäälä.

Things to do and see

Pirunlinna is located in Lempäälä Kulju , where there are many caves and rocks that functioned as places of residence or shelter for people in the Stone Age, and where Stone Age remains have also been found. The Lempäälä canal, which was completed in 1873 and runs through the center of Lempäälä, connects Vanajavesi and Lake Pyhäjärvi . In the centre of the municipality is also Lempäälä Church, or St. Birgitta’s Church, which is a medieval grey stone church. In Hakkar, north of the centre of Lempäälä, there is the Kuokkala museum trail, along which several historical museums are located.

Marjamäki is home to Finland’s largest shopping centre Ideapark, which is the home to the CC 2023 venue – Bläk Boks. In addition to a variety of stores, there is Viihdekeskus, one of the largest indoor amusement parks in the Nordic countries, offering karting, mini golf, laser games, bowling and much more.

Located 170km (1,5 hours) away from Helsinki, Tampere is unique. It’s the city with numerous events, fascinating cultural experiences, and soothing lake views. This is where urban city life walks hand in hand with vivid nature. Welcome to Tampere!

Tampere is defined by a few unique characteristics: it is surrounded by beautiful lakes and eskers, it has a perfect scale for walking and there’s always something new and innovative going on. The centre of the city is dominated by industrial heritage; the national landscape of Tammerkoski rapids and historical red brick buildings. 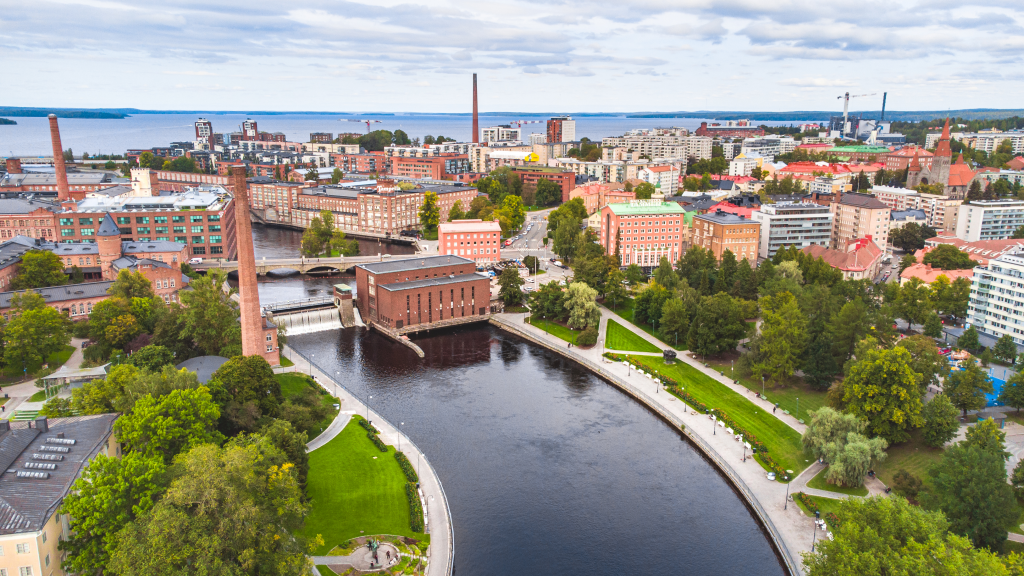 From the cultural point of view, Tampere is defined by our local treats of black sausage with lingonberry sauce and the world’s best doughnuts, morning coffee at Laukontori Market Square enjoyed in a small lake breeze, our imaginative museums, events after events, vibrant cool laziness and the fact that we are the Sauna Capital of the World.

Tampere in a Nutshell